Fragility and the Runie process

Runie has been around much longer than Dei Ex Machina, or the majority of it's predecessors. Originally, she was a character I created for roleplaying, and I was looking for a character who was, almost never angry. The kind of person who would never turn down anyone for help, but as the years went on I decided to try to look more and more into her personality, and how she avoids being upset or mad at anyone- or if she really even being honest with herself.

I think a lot of people would look at her as some kind of trope, or a character archetype, extremely two dimensional and compare her with other characters from the same medium, when in reality, I wanted her to be much more than that. The sorta person who would be goofy just to try to make someone else laugh or happy, someone who was insanely hard to put down. Of course, just making a character like that is easy, then finding out how they even became that way, is much much tougher. 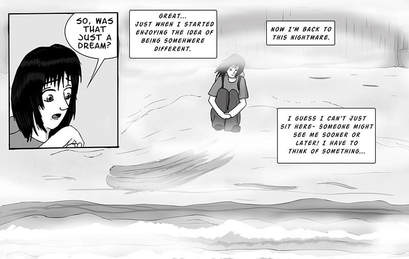 That is what Fragility is about. It crossed my idea to write out her whole life story, I felt that her past had to be told in some way, it was important to convey where she was and how she became the person she was, however, there was so much history to cover through her past, I thought it was simply better if I covered her arrival for the most part. That said, her future challenges, past, and her emotional state is something that I also want to cover in Fragility at the same time. 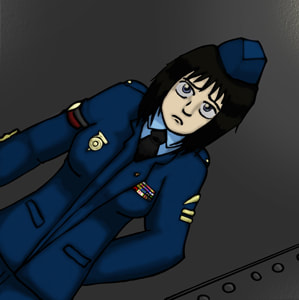 Ablution was... I guess you could call it an experiment. It was more like, a beta-version of Fragility. The idea was to make a webcomic that could be put out at the same time as Zenith which was more serious and would deal with Runie's past in a similar way that Fragility is currently doing. Only, like all experiments, well, I didn't like the way it was going, I didn't like the portrayal of characters, and while I did learn some things it just wasn't working out quite the way I wanted it to.

The formating was just, odd. Having a 3 panel comic for an intense drama/horror didn't really make sense although it did ease the workload. But the coloring didn't help at all with easing the release times- and with webcomics timing is everything, which was another reason I stopped. I did like the art and how it was going, and kept some elements of it in Fragility, while others I just got rid of.

One of the reasons why I really hated it was because I made Runie way too aggressive than she ought to be, and in doing so the first time Lina appeared, I sorta ruined her first impression for the audience. I thought it over, and wanted to give her a gentler side regardless of the fact she was a soldier, and while she does seem kind of snarky at times, she's nowhere near as bad as she was previously.

You can still read Ablution, on this site and on webtoons if you wish to check it out. It should be quite and interesting experience especially when comparing it to Fragility. 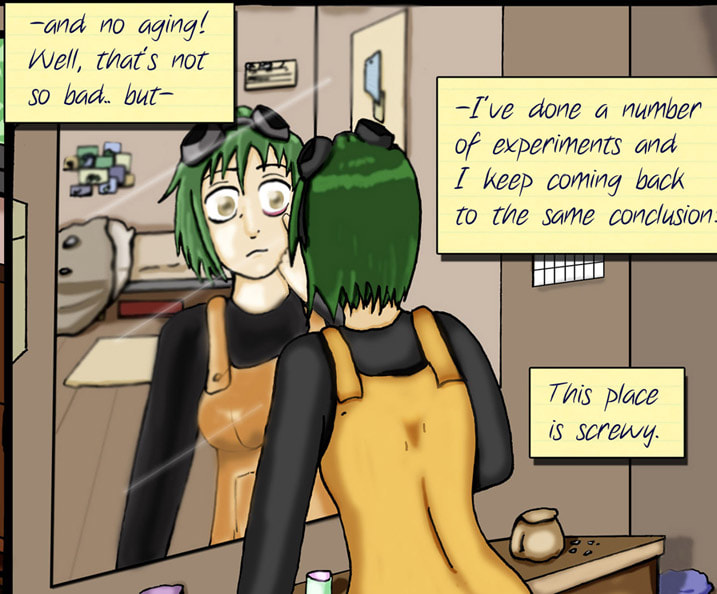 What happened to Zenith?

Zenith was the first comic book arc I published through CreateSpace and Amazon. It's currently on sale there still, so if you want to check it out please be my guest. Although I am, impressed with the fact I did what I did with it, the storyline was all over the place, and I'm not sure exactly where it was going.

I wasn't totally satisfied with it either, and art wise it was insanely intense compared to others, especially since it was all in color. That also resulted in it being quite expensive to sell, and the audience while a general one, I felt that I wanted to do some things in it that I just couldn't do to make it stand out more from the rest which I felt necessary.

Now, will I return to it? Possibly, I have a lot of unpublished material for it and I'd hate for it to go to waste. The only question is when and how. But another thing I really liked about it was the humor and silliness, within it, I think it's probably closest to show how the whole group acts around each other in a mundane setting compared to Ablution and Fragility. Though, I really wish I drew Warden differently.. and some of the characters in it have been and will be altered in the future. That said, I know who is there and who will return.. I can tell you for sure that Rosalie will be back later on, along with Stone. But as for the others I will leave you to wonder. Hmmmmm..!

If you wish to purchase Zenith, please check it out here! Thank you.